For the 2016 National Communication Association Annual Conference in Philadelphia, PA, our professional association’s call was to consider our past, our present, and our future civic callings as communicators.

I participated in a performance panel which focused on four women and their civic contributions: two women in our nation’s distant past—Martha Washington and Abigail Adams, one in the mid-twentieth century—Rachel Carson, and a fourth in the late twentieth century—Azar Nafisi. There are many ways to voice our civic callings—these four women did it differently, but effectively. Some served based upon their Christian faith and others from innate concern, but all knew they could not be silent. In my 3 months of research, I discovered that Abigail Adams was a self-proclaimed stubborn woman who was never gentle nor docile. She devoured books of literature, history, theology and political theory, which is possibly one of the reasons why she and John Adams were so happily married. My first-person performance allowed Abigail Adams to “come alive” for the audience. I introduced the listeners to her mentors, her thought-provoking questions, her experiences during the Revolutionary War, and her legendary correspondence with her husband on political and civic matters, where she spoke for women’s rights to be included in our nation’s founding documents.

This performance has also “birthed” two additional oral presentations, as well as opportunities to re-write and revise the material for a younger audience.

Bennett, John. Strictures on Female Education, Chiefly As It Relates to the Culture of the Heart. In Four Essays. Worchester, MA: Isaiah Thomas, 1795.

Bennett, John. Letters to a Young Lady, On a Variety of Useful and Interesting Subjects:  Calculated to Improve the Heart, To Form the Manners, and Enlighten the Understanding. Hartford, MA: Hudson and Goodwin, 1791.

Craven, Elizabeth. A Journey Through the Crimea to Constantinople: In a Series of Letters from the Right Honourable Elizabeth Lady Craven, to His Serene Highness the Margrave of Brandebourg, Anspach, and Bareith. Written in the year MDCCLXXXVI. Dublin: H. Chamberlaine, R. Moncrieffe, W. Colles, G. Burnet, W. Wilson [and 7 others in Dublin], 1789.

Wollstonecraft, Mary. A Vindication of the Rights of Woman with Strictures on Political and Moral Subjects:  London:  J. Johnson, 1792.  http://oll.libertyfund.org/titles/126 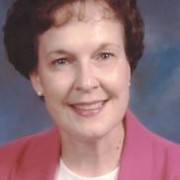 By Dr. Alison I. English