I attended the 46th annual convention of the Society for Pentecostal Studies held in St. Louis, MO from March 9-11, 2017.  The conference was intellectually stimulating as well as professionally and spiritually enriching. for Pentecostal Studies (SPS) is an interdisciplinary academic society of scholars who research, present and publish scholarly work on the Pentecostal and Charismatic movement both globally and in the United States.  The convention attracts scholars from all over the world and from a wide range of disciplines including Anthropology, Biblical Studies, Communication, History, Missiology, Philosophy, Sociology, and Theology to name a few as well as librarians and archivists.  As the director of the Lewis Wilson Institute for Pentecostal Studies here at Vanguard University, attending the SPS conference provided me with the opportunity to interact with fellow Pentecostal scholars from various places.  The experience not only enriched my love and passion for Pentecostalism and Pentecostal research, but also helped me to keep up with the latest research and scholarly trends in the field.

THE BLACK ROOTS OF PENTECOSTALISM I had the opportunity to chair a session on the black roots of Pentecostalism, specifically as it relates to Bishop Charles Harrison Mason, the founder of the Church of God in Christ (COGIC). As Director of the Lewis Wilson Institute for Pentecostal Studies here at Vanguard, I also serve as chair of the Librarians/Archivists interest group meeting.  I am currently in my third year serving in that role.  In addition to these things I also had the opportunity to attend several panel discussions, paper presentations and round table discussions.  Also, at this year’s conference, I was honored and privileged to be one of three people nominated for the position of second vice president of the society. This position succeeds to the presidency of the society.  Although I was not elected to the position, I was very much honored to be nominated. Overall,the conference was a boost to my professional development as a scholar and as the director of the Lewis Wilson Institute for Pentecostal Studies.   I appreciate the Professional Development Committee’s approval of funds that allowed me to attend this conference. I look forward to being able to attend the SPS Conference in 2018:   “Good News of the Kingdom and the Poor in the Land”. 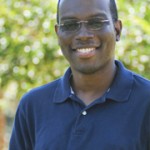