When you get your hands on the Teachers College Record, a prominent research journal about learning and education (#17 on the most accessed Education journal according to Google metrics), the last keywords that you expect to see are: Jesus and Christianity. That is until, I came across an article by Kevin Burke and Avner Segall (2015): Teaching as Jesus Making: The Hidden Curriculum of Christ in Schooling. The most poignant theme in the article is Burke’s view that Jesus is reflected in one’s teaching and pedagogy REGARDLESS if the person is actually a Christian believer. Thus, when we think about who is the ultimate teacher of history, Jesus stands tall among the many historical figures from the likes of Confucius to Ghandi, (add to this list–Yoda and Bill Nye, the science guy). Never has the integration between faith and the research community been more apparent than this very latest issue. Granted, I’ve seen journal articles that examine the concept of teaching religion and sometimes specifically Christian beliefs in the context of K-12 schools. However, this article makes a bolder stand with the view that teaching IS Jesus (as opposed to a vehicle to convey information about Jesus). It goes without saying that American public schools in modern times are actively keeping (and kept) away from specific religious beliefs through a number of reforms and legislation that reflects separation of church and state. However, the author reminds us that American schools were originally founded on Judeo-Christian roots. In the early American colonies, schools started as a training ground for Protestant clergies. Schools eventually shifted from its purpose of educating a mainly White and male population to a broader and more diverse demographic. Because of new economic and immigration shifts, the explicit purpose of schools shifted towards promoting literacy and mathematical skills to address the needs of producing an educated and productive workforce.

Although modern public schools were pushed to meet these new and evolving expectations, Burke argues that past Judeo-Christian roots never fully eroded and remain today. For example, prayer remains a part of the fabric of school tradition whether it is used in the context of tragedy (e.g., 9/11 and Columbine shooting) and celebratory events (e.g., graduation commencements). And in even more subtle ways, teachers are expected to impart moral values to students so that they can develop discernment over good and bad behaviors. Even the apple sitting at the edge of the teacher’s desk contains explicit Judeo-Christian roots, such that the teacher is deliverer of knowledge and the apple signifies knowledge that is all things both good and evil.

All in all, it bears reminding that American schools have historically been founded on Judeo-Christian roots. And despite all the past legislation and reforms to expunge specific Christian beliefs from schools, American schooling remains true to its original purpose of fulfilling Judeo-Christian values that emphasize the importance of moral values to children.

Burke articulates two important metaphors that solidifies the connection between teaching and Jesus.

TEACHER AS A MARTYR

Martyr is defined in the sense of an individual whose sacrifice is so deep that it goes beyond complete renunciation of their own self-interest; as opposed to the more dramatic interpretation of martyr as someone who physically takes ones’ life for some greater cause. Teachers are devoted public servants that are fully committed to their profession despite all the forces that work against them.

External forces like public policy and school administrators can act to constrain the day-to-day experiences of teachers as they often suffer from low pay, benefit cuts, inadequate tangible and intangible support, and overcrowded classrooms. In the “face of restricted freedom and limited respect”, teachers are often in an uncompromising situation where they must make their own personal sacrifice– financially and emotionally. For example, 92% of teachers have spent at least $1,000 of their own personal money towards work supplies (National School Supply and Equipment Association survey, 2010). Teachers also work an average of 60 hours a week, including week nights and on the weekends. Although teachers benefit from having spring and winter break, it is not uncommon that this time is also used for lesson preparation and grading. These constraints can take its toll on family and personal life.

Despite these logistical challenges, teachers are motivated to do their jobs because of some higher calling that goes beyond human understanding and logic. Burke supports this analogy of teachers as martyrs by referencing Luke 12:22-34, where Jesus tells his disciples to “Worry not about your life, what you will eat, or about your body, what you will wear… Instead strive for the kingdom, and these things will be given to you as well.”  In other words, the tangible benefits (e.g., low salary, benefit cuts, long work schedule) will never be enough to get you going as a teacher and thus you must draw attention to the intangible benefits that are personally meaningful.

TEACHER AS A MISSIONARY

Missionaries are traditionally characterized as an individual who is on a mission to promote a specific religious belief usually in a foreign country.  According to Burke, teachers are also missionaries in the sense that they are saving children not necessarily from the unbelief of Jesus, but rather the state of general ignorance. Being in this state of ignorance leaves the individual with a lack of discernment to ward off negative influences. In the early American schools, Puritan schools were founded on Martin Luther’s teachings that believed in the importance of saving children from its natural predispositions to certain human vices such as “fornication, impure desires, lewdness, idol worship, belief in magic, hostility, quarreling, passion, anger, strife, dissension” and so forth(1). Thus, teachers have an important job of providing children with the necessary knowledge to curb these various inhibitions.

Although the idea that missionary schools are bent on saving souls might be a notion of the past, the very mission of salvation in modern education still persists. Contemporary discourse on American education focuses on standards and accountability that are promoted through certain federal agendas (e.g., “Race to the Top”) and policies (e.g., No Child Left Behind and Common Core). These initiatives still retain aspects of “saving” or “delivering” students in the sense that schools are responsible for equaling the playing field by not letting the disenfranchised and impoverished students fall through the cracks.

For example, all schools have a mission statement. These mission statements are usually colored with language indicating the school’s goals to help students discover some kind of “path” or “journey” to Truth. And in turn, this knowledge is critical to having power. Power to change one’s circumstances.

My main takeaway from reading this article is that the teachers as Jesus analogy has strong implications on this current generation of teachers, regardless if the individual is a believer or not. This analogy applies even if teachers do not explicitly communicate content based on Christian teaching. And this analogy applies to teachers who desire to promote specific Christian beliefs to their students, but are not able to explicitly do so due to strict school policies and law. Burke argues that schools are historically rooted in Judeo-Christian values, which led to early schools in the American colonies to explicitly teach the Bible. Over time as America became increasingly diverse, the early language of how we described certain aspects of schooling changed and became more secularized. For example, the word “student” was formally known as disciples, which is a term used to describe a devoted follower of Christ.

Regardless if the teacher is knowledgeable about the life and works of Jesus, there is no escaping the fact that teachers often perceive themselves as working towards a greater goal that requires deep, personal sacrifice for the greater good. This approach strongly reflects a critical feature of Jesus. Teachers are morally responsible for modeling good behavior to students. Although teachers are not necessarily teaching students the Ten Commandments in class, the school’s objective to teach moral values is strongly rooted in Judeo-Christian values that kicked off the early schools.

My final thought from this article is that the education research community has come a long way in terms of acknowledging that schools were founded and still somewhat retain its Judeo-Christian roots. Although the article was written in the context of K-12 public schools, the authors’ arguments can also extend towards those teaching in the higher education setting. It bears repeating that teachers do more than to simply teach students literacy and numerical skills, but more importantly, critical life skills that ensure their well-being.

(1) Heywood, C. (2001). A history of childhood: Children and childhood in the west from medieval to modern times. New York, NY: Polity. 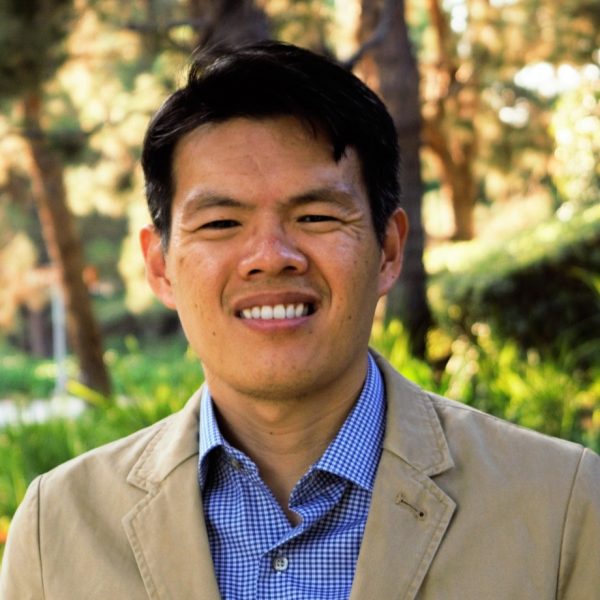