I had the privilege this summer (June 28–30) of representing Vanguard University at an international gathering of biblical scholars and theologians at the Tyndale House in Cambridge, England. In this blog, I’ll reflect a bit upon: my sightseeing in Cambridge, the Tyndale House venue, the theme of this year’s Tyndale Fellowship conference, my presentation at the conference, the impact of the conference experience upon my scholarship, and the value of having Vanguard University faculty participate in international symposia such as this.

Actually, this was my third visit to Cambridge. Even though this time around I only had a couple of hours to do so, I very much enjoyed strolling through the heart of this historic city, exploring some of the university grounds . . . . . . and, of course, visiting the campus bookstore. Two years ago (2015), my wife Patti was able to accompany me. But, since she wasn’t able to join me this time around, I was forced to take this selfie of myself, something I’m obviously not very good at!

As much as I love sightseeing, I spent most of my time in Cambridge at the conference venue: the Tyndale House.

Set amid the buildings of the University of Cambridge, Tyndale House is a Christian community dedicated to researching all the primary evidence relevant to the study of the Bible. It possesses one of the finest libraries for biblical research in the world.

Associated with the Tyndale House is the Tyndale Fellowship: “a fellowship of Christians engaged in biblical and theological research.” The fellowship is divided into several study groups or subdisciplines, each of which holds an annual conference. The study group I’ve participated in two times now (2015 and 2017) focuses on Christian Doctrine (Theology). What I very much appreciate about the study group format is the opportunity it affords for some truly excellent scholarly interaction. Some significant time is allotted for not only the presentations themselves, but the feedback sessions which follow.

The theme of this year’s meeting of the Christian Doctrine study group was “The Reformation Today.” The promotional blurb for the gathering caught my eye:

At the 500th anniversary of the Protestant Reformation, the Christian Doctrine group hosts a selection of papers looking at the reformation in the world today. Through a range of historical, political, ethical, and theological perspectives, the group seeks to explore the complicated history and legacy of a movement of the people, taking the Bible out of the hands of the elite clergy and giving it to the common people.

Having just completed some research (for a current book project) that I thought would be pertinent to this year’s conference theme, I proposed a paper titled: “From Sola Scriptura to the Sacramental Sermon: Karl Barth and the Phenomenon of Prophetic Preaching.” Needless to say, I was delighted to hear that my proposal had been accepted, and that Vanguard was willing to provide some travel assistance for me to participate in this event.

As is evident from this list of presenters and presentations, there was quite of a bit of diversity at work in this symposium: It was an eclectic, international cadre of theologians from some prestigious academic institutions, presenting on various topics, all of which related to the theme of the Reformation today.

MY PRESENTATION AT THE CONFERENCE

Though I’m happy to provide this link to the entire paper (http://garytyra.com/2017/06/from-sola-scriptura-to-the-sacramental-sermon-karl-barth-and-the-phenomenon-of-prophetic-preaching/), for those less inclined to read a forty-two page theological essay, I’ll simply provide here an expanded abstract:

Several prominent evangelical scholars have drawn attention to the pneumatological deficit at work in post-Reformation Protestant theology. Moreover, some have suggested that certain evangelical takes on the Reformation theme sola Scriptura are at least partially to blame for this Spirit-devaluing dynamic. This paper addresses the question: Is it possible to support sola Scriptura while at the same time affirming the practice of a particular type of prophetic preaching: Spirit-empowered sermons that are genuinely transformational precisely because they are sacramental (encounter-facilitating) in their effect?

The first section of the paper explores the connections that do indeed seem to exist between two overly restrictive takes on sola Scriptura and a marginalization of the Spirit in contemporary evangelical theology and ministry. A second section examines the evidence for the thesis that a pneumatological realism implicit in the Scripture-based Reformed theology of Karl Barth, when combined with his distinctive takes on the nature of revelation and the three-fold form of the Word of God, provide some rather impressive (even if tacit and ironic) theological support for the type of prophetic preaching referred to above. Bringing the paper to a close is a succinct, yet substantive, Barth-sensitive reflection on what a pneumatologically real approach to the preaching task entails.

From two evangelical understandings of sola Scriptura that have proved to be Spirit-marginalizing in their effect, to an eager engagement in a Spirit-empowered form of prophetic preaching: this is the ironic, important possibility this paper will explore.

For those interested in a bit more detail, here’s an outline of the paper’s main points and subpoints:

Sola Scriptura and the Pneumatological Deficit

Karl Barth and the Possibility of Prophetic Preaching

What a Pneumatologically Real Approach to the Preaching Task Entails

I hope this overview is at least somewhat helpful. If any of my VU colleagues or students would like to interact with me more about what I’m up to in this paper, they should feel free to contact me at gtyra@vanguard.edu.

The paper was very well received, especially by those conference participants who possess a special interest in applied/practical theology in general, and preaching in particular!

THE IMPACT OF THE CONFERENCE UPON MY SCHOLARSHIP

While I’d like to think that the paper I presented made an impact, the truth is that my participation in this conference has impacted my scholarship in several ways.

First, the feedback I received after my presentation was very helpful. It was suggested that, despite the paper’s focus on Karl Barth, I might want to acknowledge and interact with another theologian who’s also somewhat well-known for his focus on the theme of sacramental preaching. As soon as I returned home, my first order of business was to spend a few days doing just as my conference colleagues suggested. I’d like to think that the paper is better (though also a bit longer) for it!

Second, I’m happy to indicate here that I’ve been invited to craft an article for preachingtoday.com that’s based on the paper. Per the editor’s request, this 2,000 word article will focus on my understanding of “prophetic preaching,” the support for it I find in Karl Barth, and how all of this plays out in my own approach to the preaching task.

Third, I’m also pleased to report that the paper will, in its entirety, be included as an appendix to my book on pneumatological realism that’s currently in production (Cascade Books, forthcoming)!

Fourth, at least some of the material presented in this paper is likely to appear again in a chapter I’ve been asked to contribute to a forthcoming collection of essays focusing on the manner in which Pentecostal scholars interact with the theology of Karl Barth.

Finally, that forthcoming book on pneumatological realism, from which this paper derives (and to which it will now contribute), will be utilized in current and future VU religion courses that focus on the role of the Holy Spirit in the spiritual, moral, and ministry formation of contemporary Christians.

THE VALUE OF VANGUARD’S PARTICIPATION IN EVENTS SUCH AS THIS

I’ll conclude this reflection with just a brief comment about the value of having Vanguard voices speaking into academic conversations such as the one that took place this summer at the Tyndale House. In addition to bringing some attention to the university, the experience of interacting with scholars from across theological, denominational, ethnic, and national spectrums (spectra) is immensely broadening and, therefore, enriching. As well, I’m happy to report that it has been my experience that the Pent-evangelical accent with which Vanguard religion faculty tend to speak is nearly always considered a welcomed addition at forums such as this. So, the enriching goes both ways, with Vanguard scholars impacting and being impacted by the international conference experience!

All said, I consider it a huge honor to have been able to represent VU and its Pent-evangelical heritage at the Tyndale House this summer. I trust I served the university well in the process.

My thanks to Vanguard for its generous support! 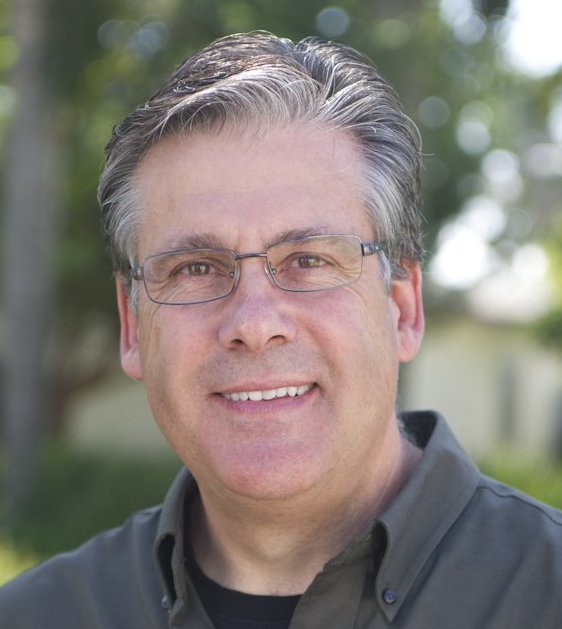