I attended the 46th annual conference of the Society for Pentecostal Studies (SPS) last March (9-11). The SPS is an international society of scholars dedicated to research in some aspect of Pentecostal or Charismatic Movements. The meeting this year was held in St. Louis. The overarching theme was “Pentecostalism and Culture.”

This meeting was historic in that a “Oneness” Pentecostal school of theology was involved in its planning. Oneness Pentecostals hold to a view of the Trinity that has been regarded historically as unorthodox (for them, Father, Son, and Spirit are divine manifestations rather than distinct persons).

There has been a historic divide between Oneness and Trinitarian Pentecostals. The SPS has been the only place where constructive dialogue has occurred between them. There was an interesting panel discussion at the closing banquet of the meeting involving several Oneness scholars discussing the social witness of a number of Oneness Pentecostal churches. Oneness believers have a reputation for being culturally isolated. It was interesting to see that stereotype undermined. My own contribution to the conference consisted of a paper that I gave as part of a panel dealing with the various understandings of speaking in tongues in Pentecostal theology. One significant understanding among Pentecostal churches connects tongues with Paul’s “sighs too deep for words” in Romans 8:26.

I posed the question that if tongues is in essence rooted in this experience of inner sighing for the coming liberty of the Spirit, then maybe this cherished Pentecostal experience is much more prevalent throughout Christendom than we realize. 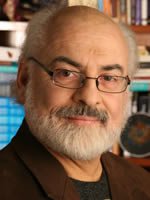