I had the privilege to attend this conference which was the British Association of Sport and Exercise Sciences and European Federation of Sport Psychologists first collaborative conference. The location was Nottingham, UK which was the city of Prince Harry and Megan Markle’s first appearance as an engaged couple, which occurred the day after we left. I say we, because two of my recent graduates (May 2017) were able to accompany to the conference to present their work. This conference is a competitive, peer reviewed research conference with keynote speakers as well as oral and poster presentations from researchers, professors, and graduate students. My group was the only undergraduate collaboration present. We were also one of the few American University representatives. I have worked diligently these past few years to be involved in the European research community for sport psychology. It was a great surprise to us and a great compliment that when asked by a doctoral student studying in Finland asked us what university we were from and we replied, “Vanguard University of Southern California”; He replied: “oh yes, I have heard of you” …whether he was just being polite…I take it as a mic drop moment for how we have tried to establish our presence on the international stage. This was the first international opportunity to bring my student-research collaborators with me to a conference. It was the first conference experience for both graduates. One is preparing for medical school and the other has recently been accepted to a graduate program in athletic training. They fully enjoyed the experience (it was London, after all!) and were able to interact with doctoral students and professors in our field. They attended lectures, round table discussions; lunches, dinner with leaders in our field. I was able to interact with the creators of innovative equipment intended to measure cognition, attention control, and biomechanical analysis. It was great to talk to the European representative of the metabolic equipment we just purchased (developed in the UK).

Besides being in the UK when Prince Harry announced his engagement to an American (of all things), I was there early to spend a few days over Thanksgiving break to explore more of London. London does not ‘do’ American Thanksgiving (for obvious reasons) but does do Black Friday (for obvious reasons). I was able to carry on my tradition of Black Friday shopping. The main difference was there are one or two main shopping streets with the same size crowd.  I scored my usual shoes and handbag purchases and a few gifts of chocolate. Got to Harrods for the Christmas windows and the great food courts; Oxford Street and Selfridges, Covent Garden, Borough Market (great cheese)—not all in the same day! The “good story” part came during shopping on Black Friday. I had been shopping for several hours, the crowds pushing, got some shoes! The Christmas lights were starting to come on…and I was by a main ‘tube’ station. I thought to myself, “shop around a little more, let’s go down this street” and I started to, but the crowds were starting to get a little more aggressive and “something” said to me “you need to leave.” I stopped for a second and was going to keep shopping but I heard it again (the inward witness), “you need to leave,” so I entered the ‘tube’ station and went back to my hotel. As I was laying on my bed, resting my poor feet and thinking about where to go for dinner, I saw on the tellie that the station that I had just come from was closed due to a suspected shooter. The crowds had poured out and were all in the various stores and were on lock down. So for two hours the station was closed down, and all the shoppers were locked in stores. In the meantime, I was laying on my bed having a diet coke! The incident happened right after I entered the train and left. Turns out there was no shooter just a loud bang which caused people to panic, yell shooter and a few people got hurt in the stampede. Instead of being on lockdown or trampled, I was enjoying a nice fish and chips dinner because the Lord sets a protective hedge around His children and the Holy Spirit gave me a warning which I fortunately heeded.

I am impressed and excited each time I attend conference and learn new things and get to network. Spending time with my students and seeing them learn and appreciate new experiences makes my job more fulfilling. I want to continue to provide these growth opportunities for my students and it is why I push so hard to continue to do research even if I really don’t “have to”. It is also important for research to be supported monetarily in departments. I was able to sponsor part of the expense for the students with the revenue I generate through outside services that my department offers and through gifts given to the department to support student research. 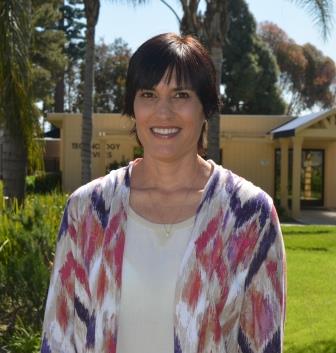