Over the past five years, serving refugee youth in various countries has become a passion and calling of mine. This has been a natural outgrowth of working as a child psychologist who has an expertise in trauma treatment. It has been surprising to see God open doors to serve this population in multiple countries, including Thailand/Myanmar, Turkey, the border of Syria, and Germany.

One of the many difficult aspects of this work has been struggling to find and implement psychosocial interventions that are actually evidenced-based and actually culturally appropriate for this refugee population. In the fall of 2015, I had a moment of inspiration that led me to dream about developing a group therapy curriculum specifically for Middle Eastern refugee youth.

This seemed like a good idea but also a rather crazy and ambitious one. It took a great deal of mustering my own courage before I gave my full “inner yes” to working on it and talking with others about the idea. In the spring of 2016, I began Skyping about once a month with two colleagues who were also child psychologists passionate about this population of refugee youth (Dr. Samuel Girguis at Azusa Pacific University and Dr. Heidi Wheeler at LSESD/SKILD in Beirut, Lebanon). We began to have conversations about refugee youth, what a therapy curriculum might consist of, and how to form a partnership related to this project.

In between these monthly Skype meetings, there were many points along the way where I struggled with a complete sense of lostness and inadequacy in the face of a project I felt like God might be calling us to develop! However, we kept the conversation going and kept putting one foot in front of the other. Then, this past September 2017, two leaders from Dr. Wheeler’s organization in Beirut, Lebanon visited APU and we began to form more of a partnership organizationally. The conversation started to grow, and we began to dream about how we might be of mutual benefit to one another. They also invited myself and Dr. Girguis to Beirut, Lebanon for a “vision trip” to flesh out this partnership.

Fast forward to this March of 2018, and I was on a plane headed to Beirut with my 80-year old mentor (who, coincidentally, also needed to travel to Beirut for separate missions-related purposes at the same time). Overall, this “vision trip” felt like a dream come true. It was as though we had been trying to build a bridge for two years and finally reached the other side. I am so grateful to Vanguard for the faculty development funding that made this trip possible. One aspect of this “vision trip” was that the partner organization (SKILD, which is housed under the parent organization LSESD) asked us to provide some trainings for their staff. We provided some trainings on the topics of building a therapeutic relationship with youth, vicarious traumatization/burnout prevention, trauma assessment, neurobiology of trauma, and cognitive-behavioral activities for youth intervention. Here are some photos from the trainings: We also wanted to learn from these staff and organizational leaders who are “on the front lines” of serving refugee youth in Lebanon. This occurred during the training times and also over meals. The trip might be summarized by saying there was amazing food… followed by more amazing food… with some amazing food added in… and then, last but certainly not least, amazing food.

One dimension that I learned about from the Lebanese workers we spoke with is how the historical layer of the Lebanese civil war (1975-1990) has impacted them. Many of the people we spoke with had family members who had been killed by the Syrian government during that war. Now, having lived through this experience, they are receiving Syrian refugees into their country and being put in a position of having to serve them professionally. This has basically meant that many of them are now positioned to love and serve their enemies. One of the most amazing aspects of this trip—in addition to the amazing people, hospitality, and food—was seeing the cedars of Lebanon that are mentioned in scripture. They truly are majestic. We got to see multitudes of them on one day in particular, which we spent traveling out to Zahlé, which is in the Beqaa valley.

One highlight of this trip was visiting a church in the Zahlé valley that basically came into fruition right in perfect timing before the start of the civil war in Syria. This meant that they were then positioned “for such a time as this” to receive refugees who were coming into the valley, over the mountain from Syria. I took this photo from the rooftop of this church.

If you look in the background, there is a mountain, and Syria is just on the other side of that mountain. We were only about an hour and a half’s drive from Damascus.

I hope to continue visiting Beirut occasionally into the future, both to further strengthen this partnership as well as to further develop and share the therapy group curriculum. Thank you once again to Vanguard’s Institute of Faculty Development for making this dream possible! 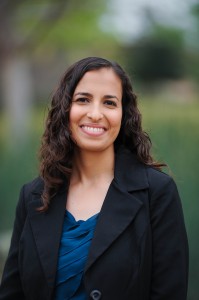