In February I had the privilege of attending the annual meeting of the Society for Pentecostal Studies (SPS) held in Washington D.C.  This year’s theme was “Reception History: Receiving Scripture in the Pentecostal and Charismatic Traditions.”

Unlike traditional Biblical hermeneutics which seeks to understand what the text meant in its original form and setting so that it can be interpreted and applied in the modern context, reception history seeks to learn what the Biblical text has been interpreted to mean throughout history.

There were well over three hundred academicians in attendance, with more than one hundred presentations and panel discussions to choose from.  Papers ranged from topics such as: “Pedagogical Theory of Wisdom Literature”, to “Immigrant Perspectives on Scriptures on the Alien”, and “Justice, Overcoming Racism and Spiritual Leadership”, to “Receiving the Holy Spirit in a Digital Age: Pneumatology, Cybertheology, and Reception”.

Some notable presentations included “White Supremacy as a form of Demonic Power”, “Spirit-Filled World: Religious Dis/Continuity in African Pentecostalism”, and “Changing the Narrative ‘Cause the Math Just Don’t Add Up’: Bishop T.D. Jakes, The Culture of Poverty & Black Suffering”.

One of the most compelling papers was delivered during the first plenary session.  Dr. Lisa Bowen of Princeton Theological Seminary presented a paper titled, “Faith Matters: African American Pauline Hermeneutics”, in which she traced the historical reception of various Pauline passages throughout history.  She began by demonstrating the way in which white slave owners in the United States utilized scripture to legitimize slavery, justify the use of Africans as slaves, and continually manipulated slaves through the use of passages that promoted obedience and hard work.

Bowen then transitioned to the development of African American reception of these same passages to counter the claims of their white masters, arguing that the institution of slavery was immoral and caused slaves to break other commandments found in scripture.  To be obedient to one’s master might require a slave to be physically separate from their spouse and children, making it impossible for married slaves to honor one another as called for in Ephesians 5:21-33.  The reception of such passages has changed over time, leaving a trail of sorts for the modern reader to follow back in time.

As a non-presenter attendee of this event I was challenged in different ways by each presentation and the discussion that followed.  Due to the racialized nature of the United States, and the heightened rhetoric common to the day, I felt the need to receive each paper with an open mind and soft heart.  Several of the presentations reflected on the “misappropriation” of scripture on the part of the dominant group, often identified as white males, followed by the articulation of a revised understanding of the same texts on the part of a particular minority group, e.g., Black, Latino, Native American, etc.

At times the tension in the room was palatable.  On one occasion a presenter spoke directly to the two white men in the room, me being one of them, stating that he knew that we were “well intending white liberals”, while also making it clear that we were part of the social structure that fostered the misreading of scripture for our own benefit.  While this was difficult to receive, I think it is important to recognize the truth of the accusations.

Acknowledging the reality of such claims without denying them, or arguing against them, can create opportunities for open dialogue that may lead towards reconciliation, or at the very least, allow the accuser to express him or herself, potentially leading to a sense of having been heard. 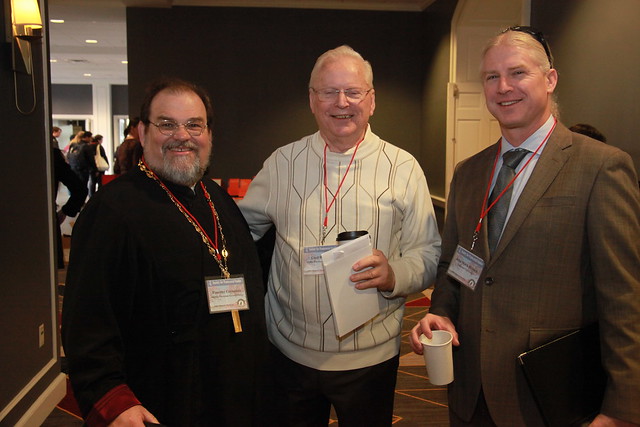 This event came at the perfect time for me both personally, and professionally.  This semester I am teaching a course titled Race and Ethnicity in American Religion, in which we are investigating the reality of the American church which is quite diverse, and yet, often segregated in one way or another.

The presentations that I observed helped to shape various components of our conversations throughout the term, while also reminding me of the complexity, sensitive nature of, and desire for unity among our various traditions and congregations. 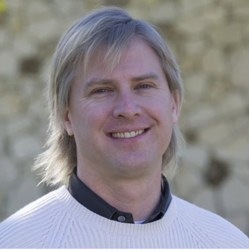