A few weeks ago, I read an academic paper on the theological foundations of social concern as the Keynote address at the ChildHope Leadership Conference in Dallas.

The second day of the conference, I led a Bible study focusing on something a little more interesting—miracle stories from children in the ChildHope schools. There were stories of divine healing, miracles, supernatural interventions, and divine encounters.

Stories allow us to see the Spirit at work in real life. In fact, stories of God’s grace may be the most important indicators of the efficacy of social work and its transformational effect on the whole person — body, soul, and spirit. And the stories of children are best of all.

The stories of the children are framed by context—the world and vocabulary of the child—and the tools they use to tell their stories. Their language of expression corresponds to their age, as does their understanding and capacity to interpret complex (and often adult) moral problems.

The stories tell us about how children interpret spiritual experiences. Children ask universal questions about God while they try and figure out a world that is complex, inconsistent, and contradictory. They build their own versions of faith and tell us about them.

They might speak about the mystery of God and a game of hopscotch or marbles all in the same story. Their minds soar to heaven in one moment and then dive bomb into the hell of their real-life context in the next. Still, they are convinced that God has broken into their lives. Miracle stories offer us a peek into a rich tapestry of divine experiences that have changed lives forever.

Here is one of those stories.

Dulce’s story is about the power of prayer. Dulce lived in one of the poorest barrios in Santo Domingo with her mother and three younger brothers. Dulce’s mother had a live-in boyfriend who was abusive.

“If you are real, all I want is peace in our home!”

But now the family had lost their sole source of support. Dulce’s mother had to move the family to an abandoned house with a leaky roof. She sold candy on a street corner to get enough money to buy food. Dulce, the oldest, became the substitute mother to her brothers.

One day, while sweeping the floor of their little shack, Dulce decided to ask God for one more thing. She prayed:

That week some women from a local Assemblies of God church invited Dulce and her mother to a women’s revival service.

On Saturday night, Dulce and her mother formally accepted Christ, and the next morning Dulce’s brothers did, too. On Sunday afternoon, the pastor came to visit and told Dulce’s mother that her children could attend the church’s school. By Monday morning, Dulce and her brothers were in school, wearing new uniforms, enjoying a nutritious lunch, and meeting their teacher.

Dulce’s mother, overwhelmed with gratitude, volunteered to clean the school in the late afternoons after she finished selling candy on the street corner. Soon the school hired her. A widowed deacon from the church came to repair the leaky roof of their house. He fell in love with and married Dulce’s mother.

Dulce testified that she had received a “mighty answer to prayer.” She and her family now lived in a home filled with peace and love. Dulce grew up, studied at university, and eventually married. “Just look around you,” Dulce told us years later:

“See what God has done.”

Dulce’s account—a lesson in the power of prayer—is a story of word, deed, and spiritual experience. Greater than the sum of its quantifiable parts, the consequence is profoundly transformative.

Note: Dulce is now a mother with children of her own. The entire family is serving the Lord. What could be better? 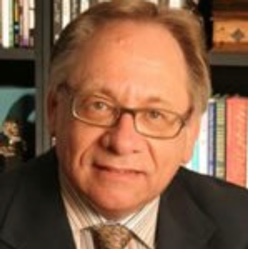