The lectures I attended were on the basics of dyeing, the various types of feathers used in millinery, the history of the armor worn by dogs during battle, and how to alter suit jackets.  The lecture on suit jackets provided tips and some things I had not thought of that should make altering them easier in the future for me and my students.  Who knew dogs were an important part of Medieval and Renaissance battle plans!

The lecture on feathers was fascinating—I learned so much about the types of feathers, how you can layer them, how they can be trimmed, how they can be dyed, and what feathers can be manipulated to look like ones whose use is no longer permitted.  She also provided a list of reputable feather dealers.

A new feather for me is from the guinea hen: 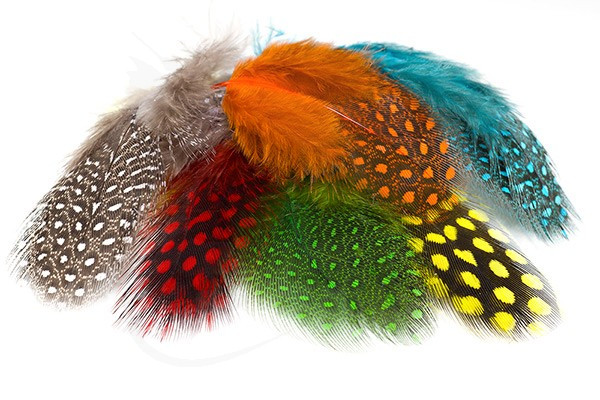 I’ve seen many a guinea hen, but on the bird, you don’t realize what beautiful patterns are in the feathers!

I took a class on making fairy crowns—so easy, and it can be done in about 2 hours.  It would make a great end-of-the-semester project for my Costume Construction class. 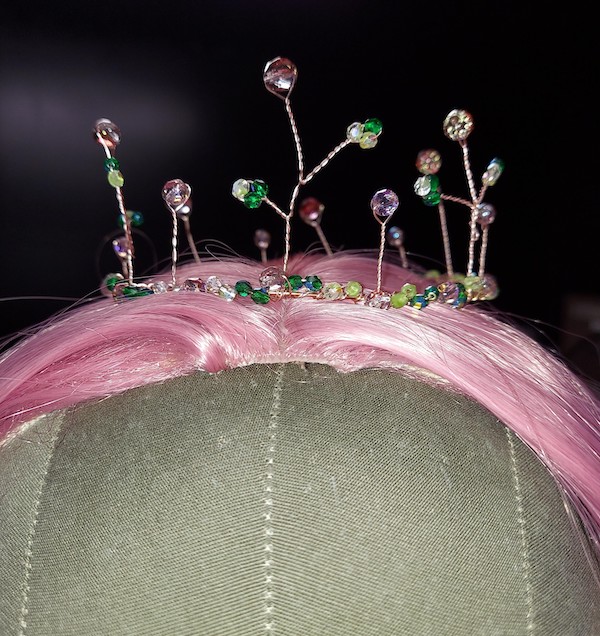 As you can see, it’s simply a matter of stringing beads on wire and twisting.

The wig was from the other hands-on workshop.  We learned how to release part of the wig cap in the front to make it lay flatter against the head, creating a more natural look.  We also learned you can pull hairs from the part, which also helps the wig look more natural.

I taught a workshop of basic hand-sewing which went well, with the participants leaving with a completed sampler of the techniques we learned.  The other workshop was on using waste cloth to cross-stitch or bead on not originally meant for that purpose.

Below are some of the samples I did for the class: 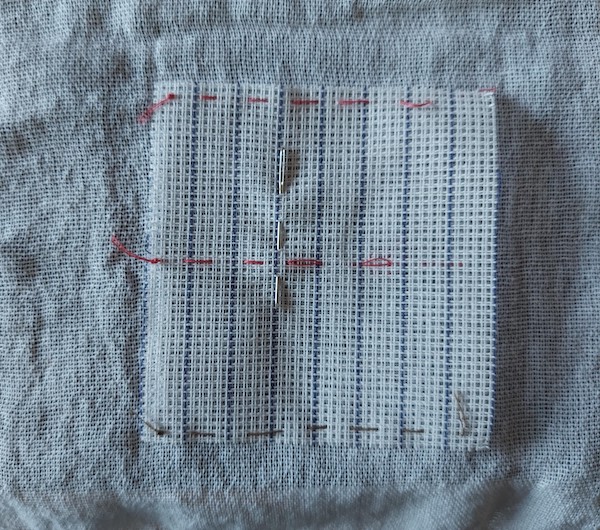 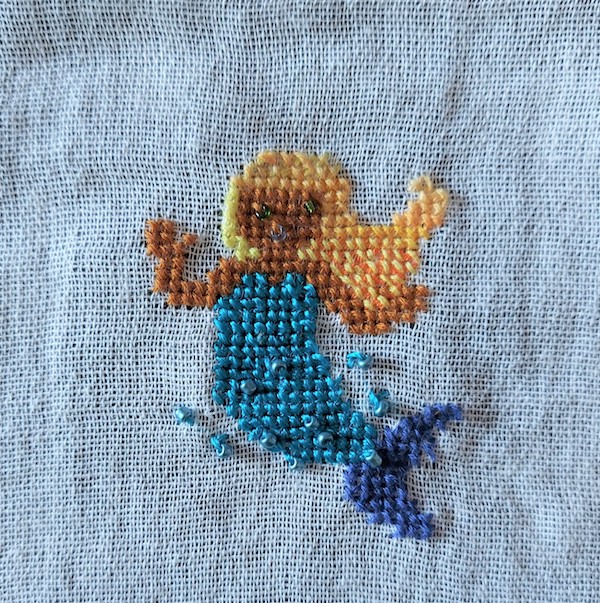 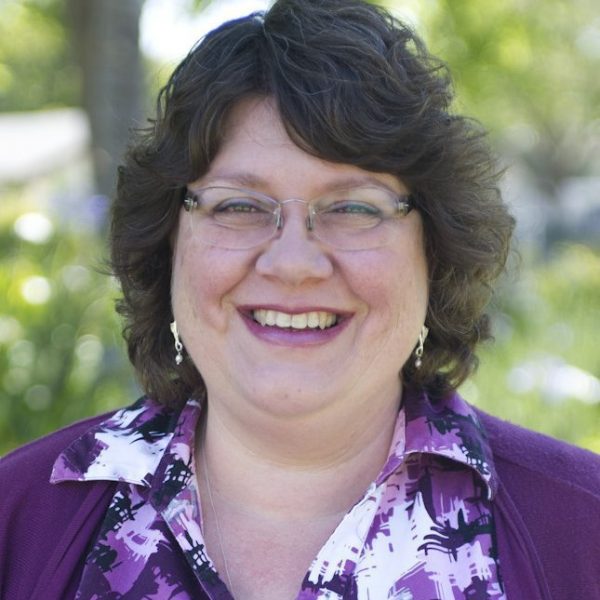