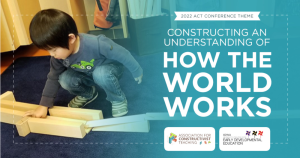 Constructivist teaching is rooted in Piaget’s theory of cognitive and social development which focuses on the structure of human knowledge and the process by which it is constructed.

Founding members of the Association for Constructivist Teaching (ACT), Drs. Rheta DeVries and Constance Kamii were both students of Piaget and are often referred to as the “mothers of constructivist education.” They encouraged teachers and their students to create their own unique embodiment of the paradigm while staying grounded in certain necessary elements of constructivism. Constructivism is a belief that people construct their own understanding and knowledge of the world through experiencing things and reflecting on those experiences. Thus, it values active learning, learning by doing, and reflecting by taking into account students’ current conceptions and building from there.

The 39th Annual conference was sponsored and hosted by Iowa Regents Center for Early Development at Cedar Falls, Iowa, the home of the Center for Early Childhood STEM, which was founded using the National Science Foundation Grant. The conference started with a pre-conference celebrating the work of Dr. Rheta DeVries who was the director of the Iowa Regents Center for Early Development housed at the University of Northern Iowa (UNI). After touring curated artifacts of the work of Dr. DeVries, participants visited and engaged in teacher play with Early Childhood Education STEM materials – an outgrowth of Physical Knowledge Activities developed by Drs. Rheta DeVries and Constance Kamii at the Drs. Melville and Judith Finkelstein Integrative Classroom Studio. Participants, mostly college faculty, engaged in various STEM activities such as water, light, ramps, sounds, cooking, pattern blocks, etc. In every corner of the Studio, in-depth discussions happened to anticipate how to utilize these activities to help college students understand how and what young children would be able to learn and develop through such activities; what are the constructivist elements of an active school, play, work, the learner-teacher relationship, and the social-emotional environment, and the three kinds of knowledge which are logico-mathematical knowledge, physical knowledge, and socio-conventional knowledge.

The theme of this year’s conference was “Constructing an understanding of how the world works,” going back to the goal of ACT, to build a community of practice based on the core belief, “it’s all about the kids.” Each presenter shared their research focusing on core concepts of constructivist teaching such as teaching how to do in another way, there is “no” in the classroom, encouraging/fostering exploration, learning from trial & error, and creating/fostering in the socio-moral atmosphere. Most of all, in a cooperative relationship, the adult encourages children to develop their own rules for behaving by giving them the possibility to regulate their own behavior; and teachers respect children by giving them choices, consulting children, and giving them a say about what happens, and by refraining from unnecessary external control. Raising a child as an autonomous human being who is equipped with critical thinking and problem-solving skills.

The keynote speaker was Dr. Dor Abrahmson who is a Professor at the Graduate School of Education, University of California Berkeley, where he runs the Embodied Design Research Laboratory. He invents pedagogical technologies for teaching and learning mathematics. He believes that mathematics is a way of thinking, a way of solving problems. He states “usually when people think about math, they think about, X and Y, numbers, and doing all these calculations. However, mathematics is about making sense of the world. So, we need to sort of ground all of the scribblings in something concrete that we really get, we’ll never understand what we’re doing.” Such belief led him to study how children learn mathematics and how to help children connect (mental relation per Piaget) between what they already know (prior knowledge per constructivism) to do and the math that they are being taught so that they can use math in their lives to solve the problems that they care about. His belief and statement are congruent with the beliefs and mission of ACT.

As a personal side note, I was nominated and elected as a board member of ACT starting in the Fall of 2022. It is quite an honor to serve an organization that my mentor/advisor founded. My main task will be a liaison between ACT and the South Korean ACT chapter, which I am quite excited about. I already connected with their international relations board member. I look forward to enhancing the relationship with them and spreading the ACT mission to other parts of Asia.

It is always fun to be with people with a similar mindset. 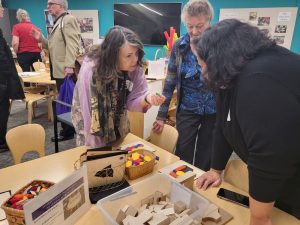 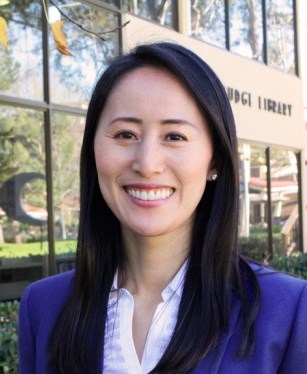